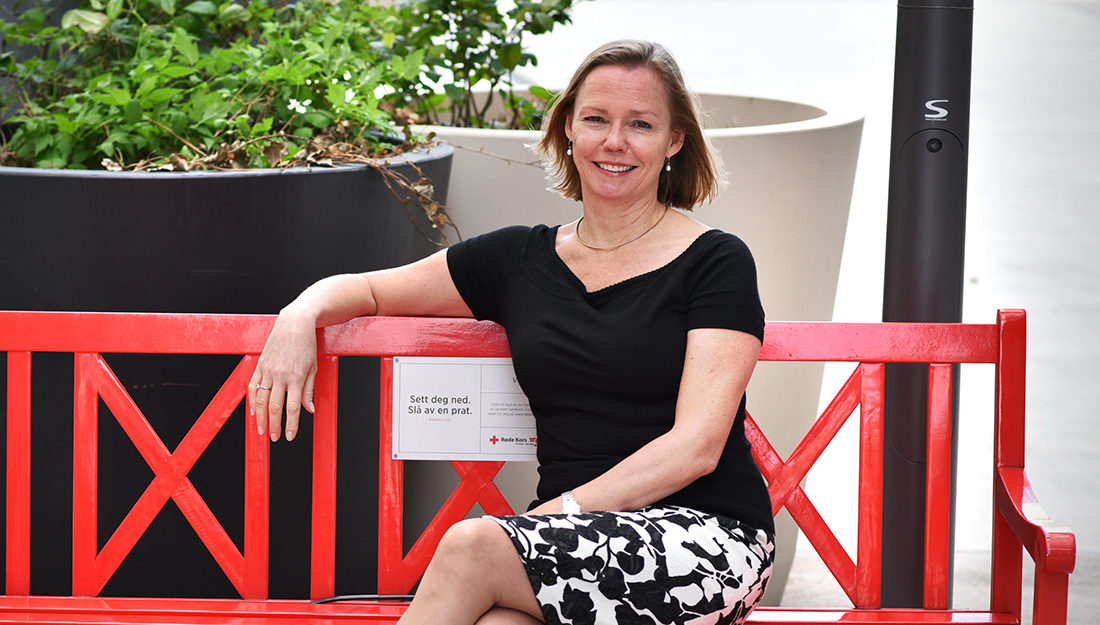 SOCIAL CONDITIONS HIGH ON THE AGENDA: Trine Loe is head of the new Future & Tech division in DNB. Photo: Stig B. Fiksdal

Pointing out the winning industries of the future

Trine Loe is head of the new Future & Tech division in DNB. The division offers advice and loans to large corporate customers within industries such as health, technology, communication, industry and renewable energy.

In addition, they will focus on the winning industries of the future, with companies emerging in the wake of large, global megatrends such as the fight against the climate crisis.

«We will offer our customers both capital and industry knowledge. In addition, we will be a driving force for nudging our customers to place environmental and social conditions high on the agenda. Sustainability forms part of the risk assessment for all loans of more than NOK 8 million,» says Loe.

DNB has an ambition to contribute to sustainable growth for the business community both in Norway and internationally. Future & Tech has an important role in achieving this ambition.

«Renewable energy and infrastructure are priority areas in DNB, both in Norway and internationally. We have set a Group ambition to show that we mean business. The production of renewable energy is absolutely essential as greenhouse gas emissions have to be reduced and the business community has to adapt to a low carbon society. When it comes to infrastructure, we see that large investments are expected in several industries. Pension funds and life insurance companies are at the ready and want to invest money, often through specialised mutual funds that only invest in infrastructure,» says Harald Serck-Hanssen, head of the Large Corporates business area in DNB.

Data centre development is an example of an industry that is growing rapidly. Private individuals and businesses produce ever greater amounts of data that must be stored safely – while also being available.

Just before Easter, the data centre company Digiplex brought in NOK 1.8 billion in the bond market. DNB was on the team as an adviser and sole facilitator for the transaction.

«This is an example of transactions that are in high demand, and that we will be seeing more of in the future. The global trends are often problematised, but they also offer great opportunities. We see new companies popping up that are able to exploit our resources in a better way than we have done so far. New technology is obviously an important part of the solution,» says Trine Loe.

«On the technology front, we also find that there a lot of exciting things happening within the construction of smart cities. This is a development that we want to be part of. It is also a part of DNB’s corporate responsibility to contribute to the development of cities and communities,» she adds.

For DNB, it is not just about which customers to invest in, but also about which industries to exclude. We have set clear guidelines for which types of companies we do not want as customers. An example could be manufacturers of single-use plastic that are not investing in recyclability.

«Those who do not take environmental issues and social conditions seriously will sooner or later suffer a setback. We have to take that into account when we decide who we want to advise and lend money to,» says Loe.

«You are now highlighting several ‘new’ industries. Does that mean that typical ‘Norwegian’ industries – such as oil, offshore and seafood – have to prepare themselves for being put on the back burner?

«No, that would be a misconception. We established Ocean Industries almost two years ago to strengthen our position among the growth industries of the ocean. The oil-related industries will still be important for both Norway and DNB in the years to come, as well as in the development of renewable energy. We are now making a similar investment in other industries. But the same rules of the game apply both on land and at sea: We want to invest in the leading and most sustainable companies,» says Harald Serck-Hanssen.